Looking for resources to help build your marketing knowledge base? Here’s what you need to know! 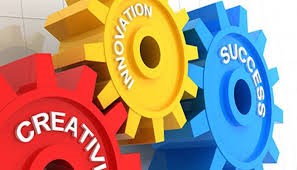 This is #7 in a series of posts to address what the AMA has identified as “the seven big problems” confronting marketing today.

Previous blog posts have presented my thoughts on the first six problems as thought starters for these important issues. Here are some thoughts on the issues and possible solutions to “Balancing Incremental and Radical Innovation”.

Let’s start with this basic premise – innovate or die.

Most marketers have recognized that today’s success can easily become tomorrow’s forgotten brand.  Do you remember when every business exec had a Blackberry; Nokia and Motorola were the brands to buy in cell phones; and pagers were strapped on everyone’s belt?  The list goes on and on.  And what killed these brands were better, more innovative products from other upstarts, like Apple – the first iPhone was introduced less than ten years ago, and remains the dominant brand.

So I don’t’ really need to talk a lot about the need for innovation.  The real question, then, is whether incremental or radical innovation is the best route for your company.

Here is another premise to consider – Aesop was wrong.  Slow and steady does not always win the race.

We all know the story of the tortoise and the hare.  But do you remember why the hare lost? He was distracted by his own ego, and lost focus on his goal. He stopped trying to win.

Companies like Google have proven that continuous improvement is a legitimate business strategy to pursue, as evidenced by the success of Gmail, Maps and Chrome.  All of the Google brands have been introduced in “beta”, and has continued to revise and refine before finally being listed by Google management as “complete".

But not every company enjoys the unique position that Google has in the marketplace, and cannot rely on incremental innovation to preserve their current brand position.

If your brand is facing stiff competition, and fighting hard to retain market share, you may need to consider a more radical approach.

This is where the adage “no risk, no reward” comes into play.  Of course, you cannot simply throw your brand’s history and values out the window, or customers will reject your new “innovation”.

One of the more hilarious examples of a brand fail was Panasonic’s touch screen PC. Oh, you didn’t know they had one?  Well, they were the first company to develop a touch screen, but some major marketing mistakes destroyed their chances for success.

In the mid-1990s, Japanese engineers at Panasonic were way ahead of the curve; -- they developed a touch screen PC for the home market.  Panasonic needed a way to brand their touchy-feely new PC that would appeal to your average, not-tech-savvy consumer. They wanted to tout their PC's accessibility and ease of use, and they needed a mascot to demonstrate that computers were not arcane devices used only by NASA scientists and the socially awkward.

Since Woody Woodpecker was a popular figure in Japan, Panasonic called their new computer "The Woody", apparently unaware of the slang sexual reference it was making.  In order to really set their touch screen capability apart from the competition, Panasonic named the feature "Touch Woody." But wait, it gets better -- Panasonic was all geared up to launch the PC with an ad campaign featuring the catchy slogan "Touch Woody -- the Internet Pecker."

Panasonic had no clue that anything was wrong with the slogan until the day before the ads were set to launch, when an American staff member informed them of the sexual slang connotations,.  Japanese Panasonic executives immediately postponed the product launch in order to retool their marketing efforts, and after careful they decided it was too late to rename the system and instead simply adjusted the name of the touch screen feature from "Touch Woody" to the much more respectable "Woody Touch Screen" ... which still touted an "Internet Pecker" online support function.

Maybe that is an extreme example of what not to do, but it does point out one of the difficulties of radical innovation, that you must understand the local language and nuances to be successful in today’s global environment.

Radical innovation works when it is relevant to the consumer as well as the company.

To be sure, there is no proven formula for success, particularly when it comes to identifying and developing innovative products and services. But many people agree that innovation requires these key elements – management endorsement and belief in the absolute need to innovate, an organizational structure that allows cross-fertilization and ownership of ideation and development; and, perhaps most importantly, a realization that some innovations don’t woke the first time.  Or ever..

It is said that Thomas Edison failed many times before finding the correct filament for the light bulb.  But his response to those failures was “I have not failed 10,000 times. I have not failed once. I have succeeded in proving that those 10,000 ways will not work. When I have eliminated the ways that will not work, I will find the way that will work.”

There are many challenges in finding the right balance between incremental and radical innovation.  But, be assured, if you don’t innovate, you will be left behind.  And become an example for future marketing bloggers to write about.  Bought any buggy whips lately?

Don Morgan is Blog Editor and a past-president of PSAMA. He is Head Rainmaker at Raindance Consulting, a brand strategy and content marketing company.  He can be reached at dmorgan@raindanceconsulting.com/